Luxury Holiday Homes in the South of France

KARL O’HANLON – FOUNDER & CEO
Karl began his career at the Boston Consulting Group developing strategies for blue-chip international clients in the Finance, Retail and Tourism sectors. He subsequently joined the Bank of Ireland where he held a number of senior executive positions.

In 2002, seeking opportunities to connect his working life with his passions, Karl travelled to the Languedoc looking for investment opportunities.  Prior to the founding of Domaine & Demeure in 2008, he was instrumental in a number of prestigious tourism developments.

Married with three children, Karl holds a BA from University College Dublin, an M. Phil in European Politics from Oxford and a Diploma in interior design from the Dublin Institute of Design. He is passionate about wine and all aspects of building design, from architecture to interiors, furniture and antiques, but with a particular interest in late 19th and early 20th century European design.
LAURENT BONFILS – Chairman
CEO of Vignobles Bonfils since the early 1990s, Laurent became chairman of Domaine & Demeure in 2012 following the strategic investment by Vignobles Bonfils in the business.

The fifth generation of winegrowers, Laurent has been running the family business: Vignobles Bonfils since his early twenties. Independent wine growers with 17 Châteaux and Estates in Languedoc Roussillon, he works closely with his team to interpret the diversity of the region, offering wines in the region's leading appellations.

Laurent lives at Domaine de Cibadiès in Capestang, but spends much of his time travelling – on both business and pleasure where he likes nothing more than a stint in his ancestral Africa. He holds a master’s degree in science and business from the University Dauphine in Paris.
Antoine Peskine – CFO
Antoine has been with Domaine & Demeure since the start.  Previously he spent 15 years as senior partner and head of Ernst & Young’s Mediterranean Region, where he provided a range of consulting, accounting and auditing services to a wide portfolio of major listed and private clients.

Antoine also advises a small number of other lifestyle businesses, leveraging his extensive experience and network to ensure solid financial foundations. He is an associate professor at the University of Montpellier, where he lectures on finance and management control.

Married and father of four children, Antoine graduated from ESCP-EUROPE with a CPM and Masters degree in Econometrics and Public Accounting.  He practices piano with a certain passion and regularly escapes the heat for the mountains.
DARREN KENNEDY – CMO
A passion for travel, sport and the outdoors led Darren to the French Alps in 1992. As a keen skier, Darren forged a career in sales and marketing working for an International ski school and ski rental organization based in the prestigious resorts of Courchevel, Méribel and Val d’Isère.

When the snow melted Darren crewed on private yachts on the Cote d’Azur and travelled extensively in the Mediterranean. In 2000 with his wife Emma he set up Freeride, a specialist ski shop in the 3 Valleys, which quickly established itself as the leading supplier to luxury ski companies.

After childhood memories of family holidays spent in the region, Darren was drawn back to the Languedoc in 2002 and quickly fell in love with the “arrière-pays”, the hinterland between the mountains of the Haut Languedoc Parc and the Mediterranean coast.

After owning a holiday home in the area, the family relocated from the Alps to the Languedoc in 2010. Married with two children, Darren is a fluent French speaker, a passionate cyclist and loves helping people discover the hidden gems of the South of France.
Lucy Church – COO
Hailing from the UK Midlands, Lucy studied marketing at Nottingham University. After graduation she worked in marketing roles for a number of startup companies beginning her career in hospitality when she joined the service team at Japan Airlines.  Lucy relocated to France in 2006 where she set up a restaurant business with her husband.

She joined Domaine & Demeure in 2012 and rapidly rose through the ranks. She was appointed GM of Chateau Les Carrasses in 2015, then Director of Operations in 2017 where she assumed responsibility for all aspects of hospitality operations across the three estates.

Married with three kids, Lucy’s frequent injuries incurred while pursuing glory in high performance sport does not stop her being ever present on the ground, albeit frequently on crutches or in a brace…

By booking on our official website, you are guaranteed to benefit from the best booking conditions :

Sorry but we did not find any availability for your selected criteria. This may be for the following reasons:

For further details please contact our reservations department directly by phone or email.

Close
Explore
Discover our Gift Box Collection
Discover our gift box collection to offer a unique experience on our estates.
Choose from gastronomy, wellness or a fully immersive overnight stay. 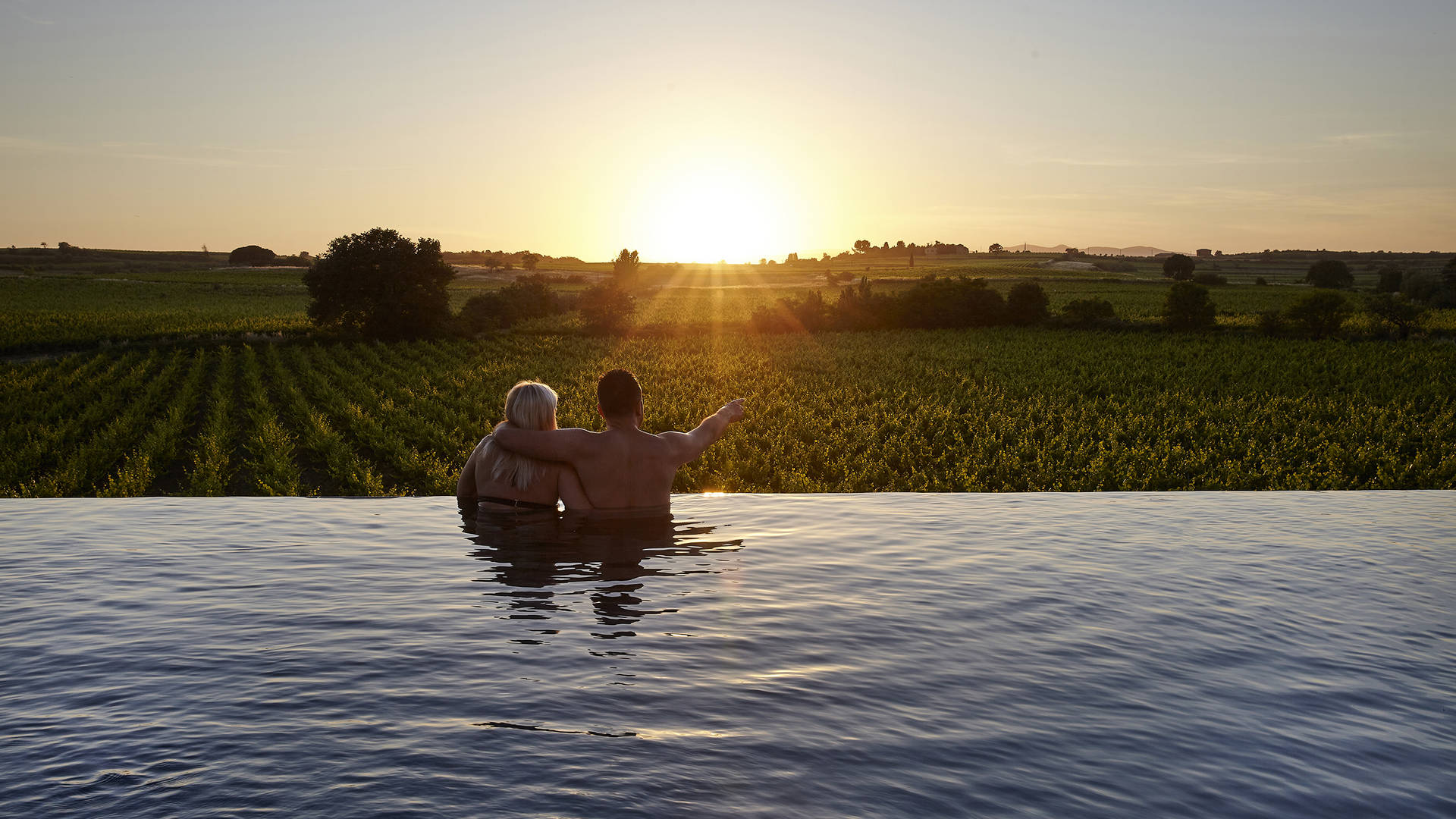 Offers & Packages
Take advantage of our offers and packages throughout the year for a unique experience in the South of France.